Smokin’ Camels in the Nevada Desert

Have you ever noticed that the beautiful state of Nevada has an abundant collection of oddities? Maybe that’s why we keep going back – there is always something fun, unusual, and quirky to write about in the wide-open Silver State. This story is no exception.

Off to the International Camel and Ostrich Races 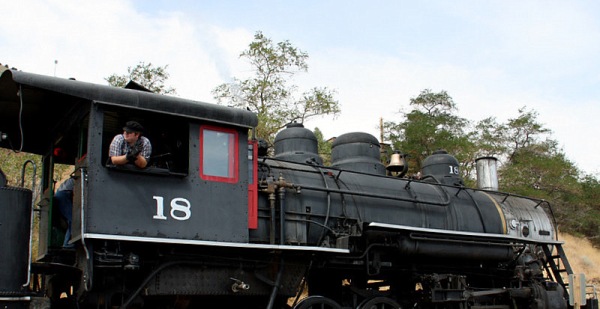 In a previous article, we wrote about the recently re-opened Carson City to Virginia City line on the V&T Railroad. Riding in a vintage coach-car following the historic Steam Engine #18  is a Wild-West adventure and a big-fun way to get to the site of the annual International Camel and Ostrich Races.

The scenic 14-mile ride through wild mustang and mining country is a great segue into a day of amusement at the races in the old western town of Virginia City. 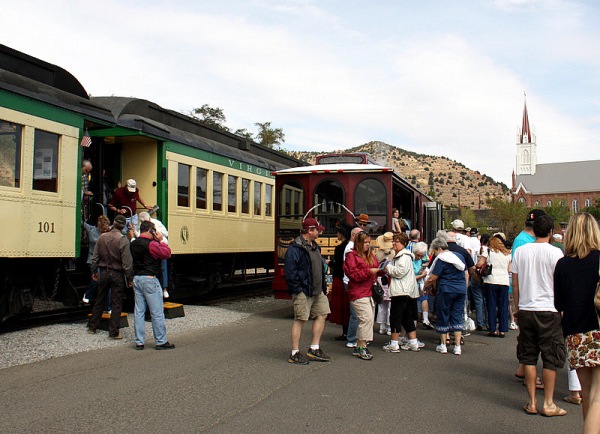 At the end of the V&T line just outside of Virginia City, you can walk the short distance to town, or take the waiting shuttle trolley. You can also hire an honest-to-goodness full-sized horse drawn stagecoach. It’s a bumpy ride that will take you directly to town and the Silverland Arena fairgrounds, the site of the races. 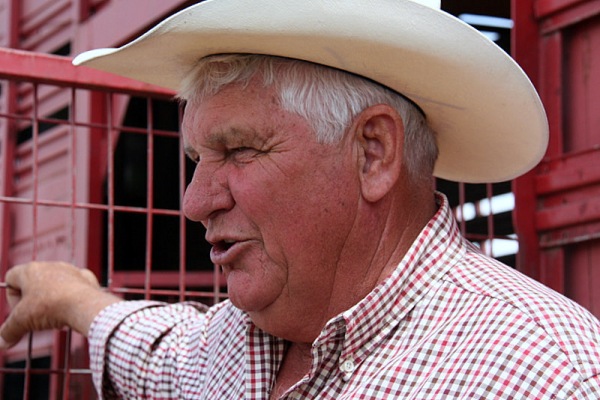 The Race Boss had already begun his pre-race instructions to the jockeys before we arrived. His tone, mannerisms, and cautions left no doubt that this was serious business.

All jockeys and members of the press were required to sign waivers of liability before we were allowed to mingle with the livestock and get close to the action for photographs.

Waivers signed, the anxious jockeys headed for the waiting camels at the starting gate.

Photographers scrambled to find the best locations for taking pictures. If it were a football field, one of us was at the 50-yard line, the other at a goal post. 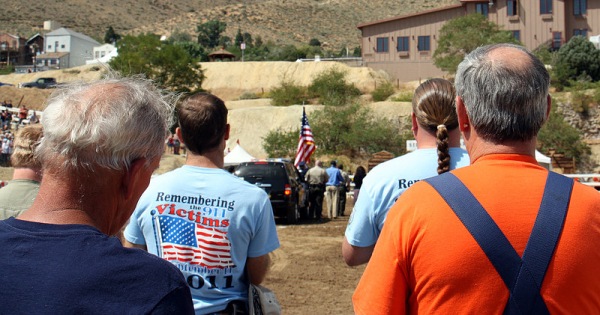 It was a beautiful sunny day in Virginia City, and the bustling crowd was ready for action. Before long the national anthem signaled the races were about to start.

Not many lulls in the action

Once the races began, things moved swiftly. The entire event was extremely well planned and executed.

The contest started with a few exciting camel heats followed by speedy ostrich races and thrilling zebra races. The crowd cheered wildly with every new “They are off.”

Each race took between 30 and 45 seconds depending on the cooperation of the steeds. There were two fast straight-aways and one hairpin turn on the course. 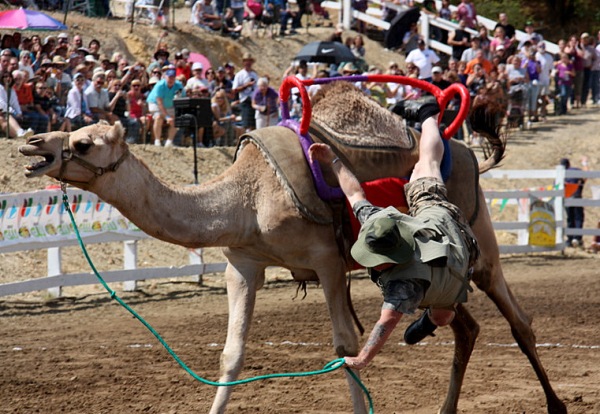 Each of the courageous jockeys gave his or her personal all, and the crowd hushed more than once as an unfortunate rider bit the dust in true rodeo fashion. It’s a long way down from the top of a camel. This is not a sport for the faint of heart.

The entire racing event lasted a little over 2.5 hours. At the conclusion, the assembled fans gave one last hoopla shout of appreciation, and then made their way up the hill and into town. It is just a short walk from the fairgrounds to the shops, restaurants, and many saloons along “C” Street.

We stopped for a bite at the Palace Restaurant and Saloon and followed it with a beer and live entertainment just across the street at the Bucket of Blood Saloon.

At the end of the day, everyone agreed this was first-rate family entertainment – done Wild-West style. It’s a nice change of pace to the more traditional ways to spend a holiday.

We would rate the Virginia City International Camel and Ostrich Races right up there with the annual Cave Lake International Bathtub Races – good clean fun for all to enjoy.

The Camel Races are an annual event. Check with Virginia City Tourism at http://virginiacity-nv.org  for details.

For information and days of operation of the V&T RR from the Carson City depot to Virginia City, look at their website at http://virginiatruckee.com or call 775.847.0380

For information about Nevada vacations in general, check with their helpful Commission of Tourism at http://travelnevada.com

Get Your Fish Pedicure in the Hot Springs of Nevada

You can see the world with Google Maps. www.maps.google.com