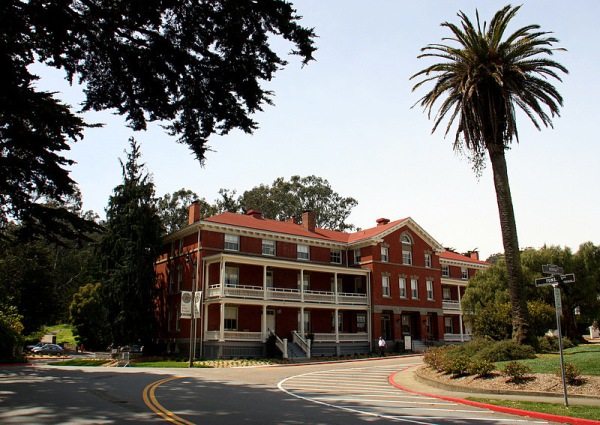 The Inn at the Presidio

Part of our job is to find and tell you about worthwhile one-of-a-kind luxury lodgings that will provide you with an exceptional vacation experience. Our work is even more fun when we come across unusual accommodations that offer something extraordinary. The new Inn at the Presidio in San Francisco is just such a rare find. Here is why. 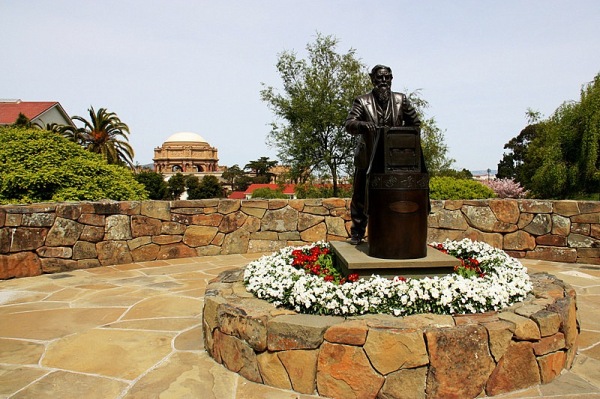 The Inn at the Presidio of San Francisco is situated in one of the most fascinating vacation and ecological settings in the world. It is a short distance from the iconic Golden Gate Bridge, Palace of Fine Arts, Coit Tower, Ghirardelli Square, Fisherman’s Wharf, Chinatown, and North Beach. 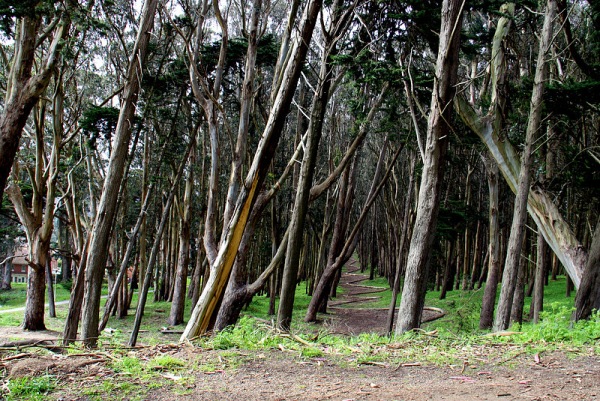 Being located within the old Presidio military compound, the Inn sits among indigenous plant species that no longer exist on other parts of the San Francisco peninsula.

It was not planned, but because the Presidio was a military installation for over 200 years, its ecological environment became a refuge for flora and fauna that were otherwise unprotected from the commercial development that consumed many parts of San Francisco.

Today there are several organizations dedicated to the preservation of this horticultural treasure, and many plant species that are not native to the Presidio area are systematically being removed and replaced by native vegetation. 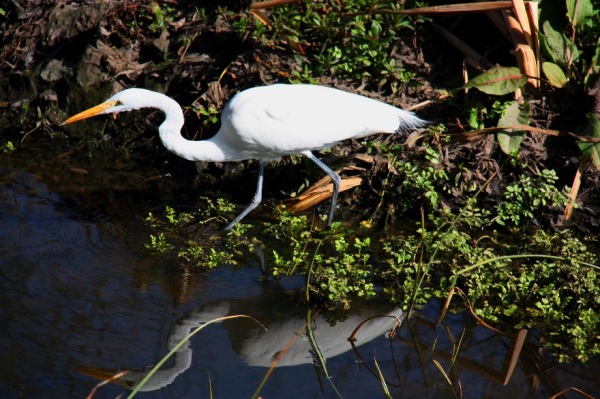 Long absent birds are also making their way back to the Presidio – there are over 50 species of our feathered friends now nesting in its nearly 1000 acres. 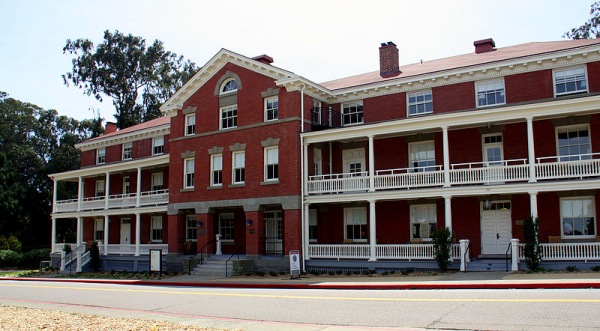 The Georgian Revival style building that is now the Inn at the Presidio was constructed in 1903 in the heart of the settlement. 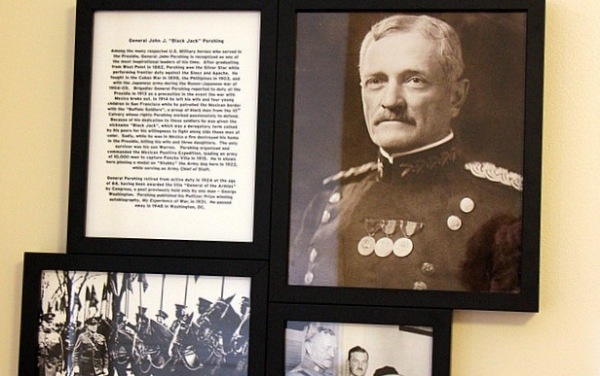 The building was splendid bachelor officers’ quarters during the time the site was under the purview of the U.S. Army. It was named Pershing Hall, after the great US Army General John “Black Jack” Pershing, who was stationed in the Presidio, and went on to become the Commander of the Expeditionary Forces in France during WWI. 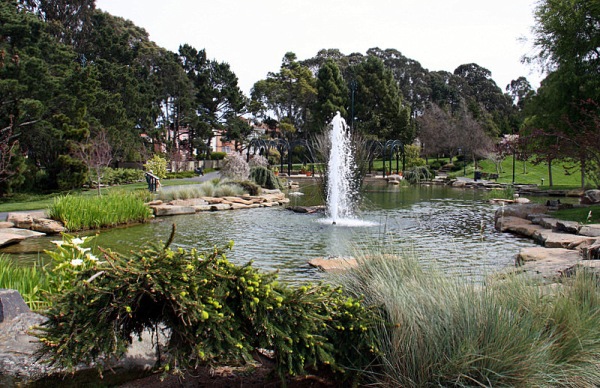 The Army departed the Presidio for good in 1994, and the Presidio Trust* completed a painstaking renovation of hundreds of historic buildings and grounds culminating in the opening of the Inn at the Presidio in April 2012. Every effort was made to keep the military authenticity while providing all the modern creature comforts for the Inn’s guests.

Today, the first ever Inn in the Presidio is a National Historic Landmark located in the vast Golden Gate National Recreational Area.

* The Presidio Trust is unique among federal agencies. It has transformed the military Presidio installation into a financially self-sustaining national park – amazing. 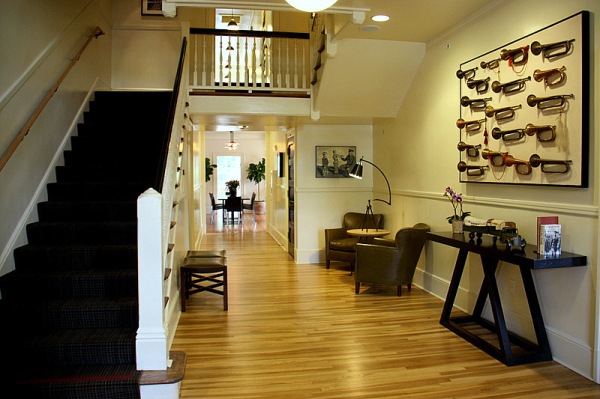 The public rooms are replete with Army memorabilia and historic photographs. The surroundings manifest a sense of dignity and honor – no doubt attributable to the many decades the building served as home to officers before they were sent off to war. 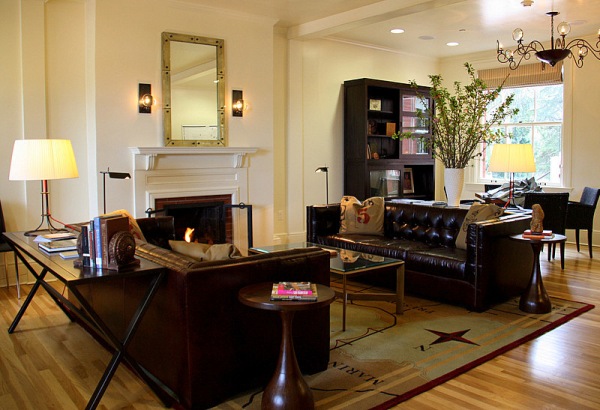 Many fallen heroes have undoubtedly graced the rooms of the Inn. For many, the old BOQ was probably the last place they slumbered in America. We are indeed in the company of great spirits when we stay at the century old Inn at the Presidio. 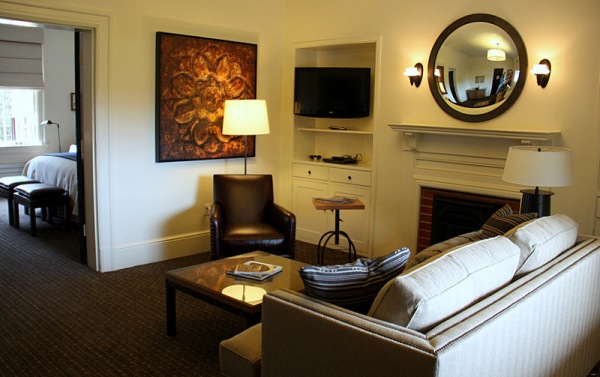 The Inn features 22 historically inspired accommodations, including 17 roomy suites with gas-operated fireplaces. There is a distinct military presence and order about the guestrooms and furnishings – a credit to informed interior decorators. Army history is evident throughout, but the quarters are also luxurious and comfortable – no small achievement in a martial environment. 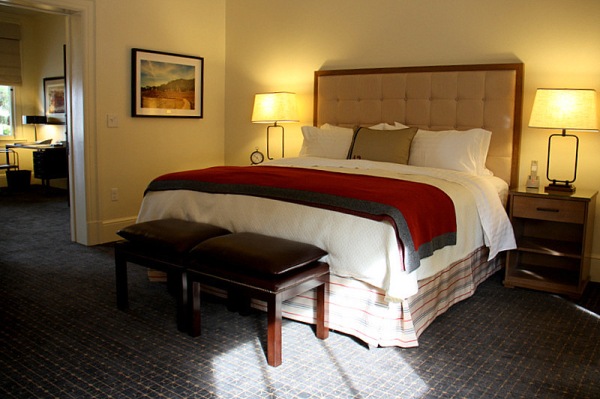 There are uber-comfortable beds, free Wi-Fi, flat screen TVs, a mini-fridge, bathrobes, and all in a smoke free environment.

You can even bring Fido, but be prepared to pay a $40 non-refundable cleaning fee. It’s so worth it. 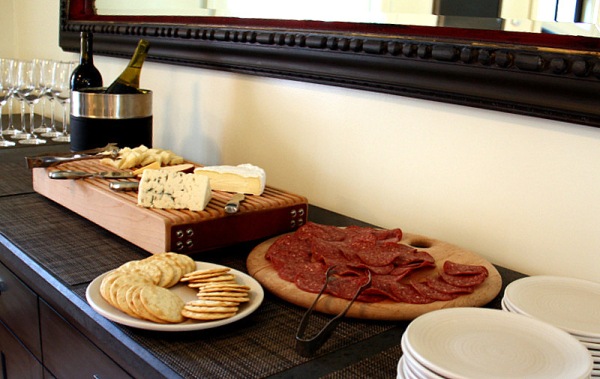 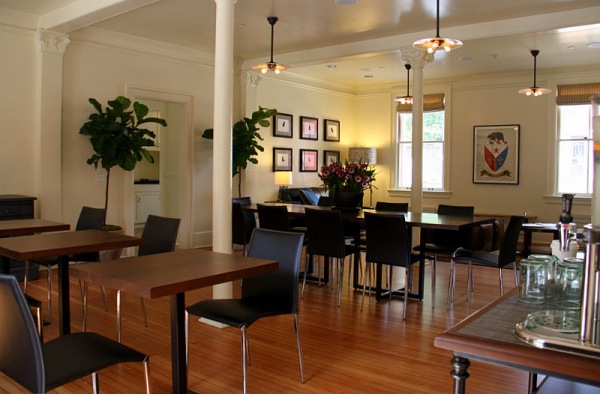 A stay at the Inn at the Presidio includes an evening wine and cheese reception for guests and a nice continental breakfast in the original officers’ mess. Ten-hut! 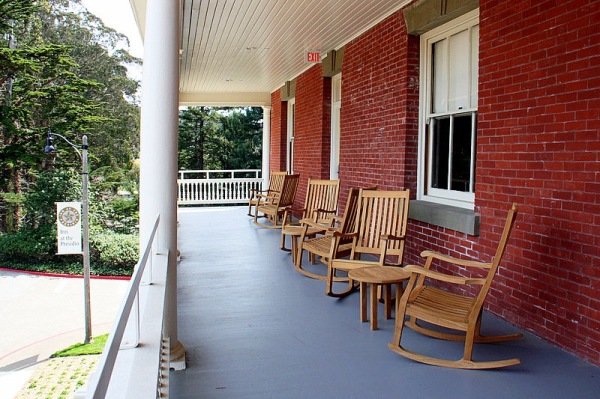 Not all the unique creature features are inside the Inn. Outside there is a grand old porch with rockers; a pastime enjoyed no doubt by decades of officers in their off duty hours. 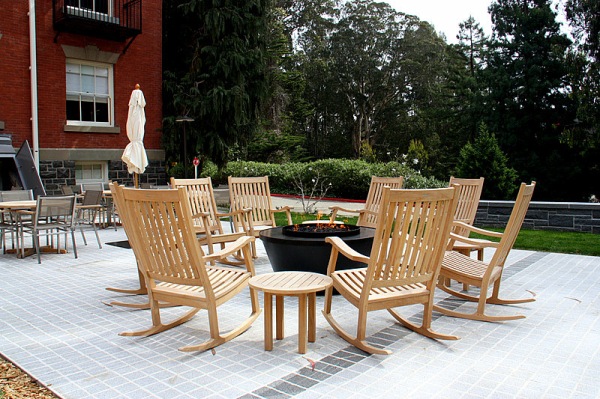 In the back of the building there is an inviting gas fire pit surrounded by outdoor tables and chairs and providing warmth on those chilly San Francisco evenings – and sometimes days. Very cozy indeed. 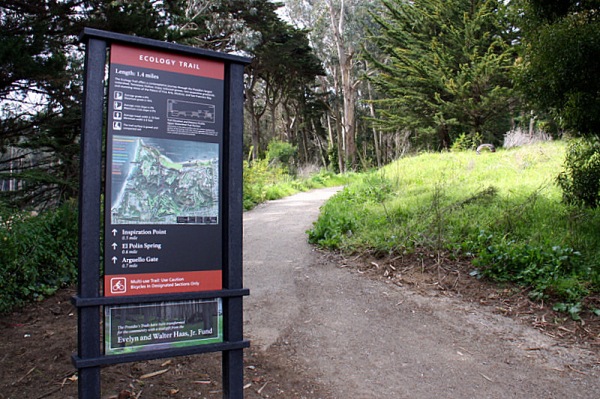 There is also an extensive network of trails throughout the Presidio. We stopped often to admire the amazing views. One of the trails starts right at the back of the Inn.

In addition – let us not forget the prestigious 18-hole Presidio Golf Course that is open to the public.

The Presidio is home to one of America’s National Cemeteries 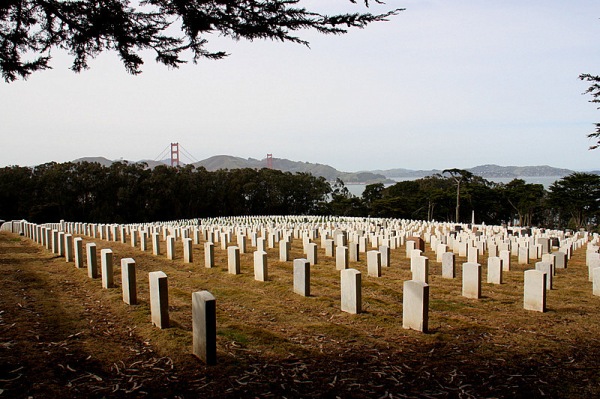 The San Francisco National Cemetery at the Presidio was the first national cemetery on the west coast. It has breathtaking views of San Francisco Bay. 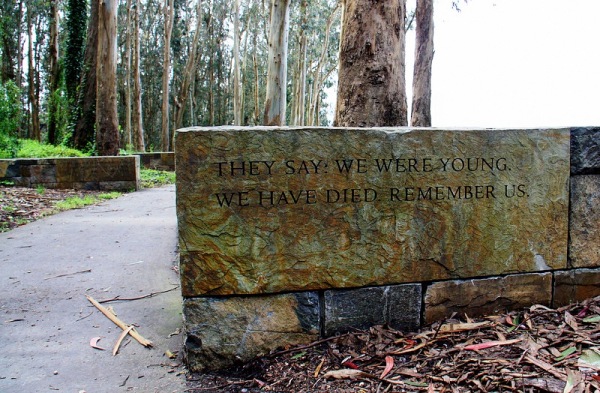 On a slope surrounded by majestic trees, the quiet cemetery is a fitting resting place for the 30,000 Americans buried here. Among the interred, are Buffalo Soldiers, Civil War generals, Medal of Honor recipients from various wars, and a woman Union spy. Be sure to spend some time here when you visit.

There is ample parking for guests of the Inn. At the time of our visit, there was a nuisance six-dollar overnight parking fee, but hey, that’s better than the more irritating – and more expensive – resort fee, now extracted by many upscale hotels.

The Inn does not have an in-house spa, but the well-known SenSpa, is located in the Presidio, just a short distance from the Inn. They have a full array of spa services to detox and relax the body, mind, and spirit.

The Inn at The Presidio was the first hotel to open in the historic Presidio, and the only new hotel to open in San Francisco in 2012. The Inn is also a member of the Historic Hotels of America.

With outstanding views of the San Francisco Bay, the Presidio is a picturesque venue that is hard to beat. The surroundings are breathtaking, and the vibe is green and pastoral. We recommend it highly.

Find out more about the Inn by clicking *here* to see their website.

Like to view more of our photo gallery of the Inn and Presidio, look *here*

If you like the Inn at the Presidio, we encourage you to consider a stay at an equally elegant and recently transformed military installation directly across the bay in Sausalito.

Old Fort Baker is now home to Cavallo Point, the Lodge at the Golden Gate, which opened in 2008. Like the Presidio, this old fort was meticulously renovated to offer the public an accurate depiction of military history in a modern luxury setting.

The views of the Golden Gate Bridge from Cavallo Point are stunning.

Both the Inn at the Presidio and Cavallo Point Lodge are ably managed, by innovative Waterford Hotels and Inns. Cavallo is also co-managed by Passport Resorts.

You can see pictures and read our story about the Cavallo Point Lodge *here*.