Skagway: At the Top of Alaska’s Inside Passage

Skagway is one of the best-preserved gold rush towns in Alaska. During the 1896 stampede for riches it played an important role as the last outfitting post along the Inside Passage seaway before the prospectors headed inland over treacherous mountains to the Klondike gold fields.

This tiny seaside village with wooden sidewalks and gold rush era architecture runs north and south in a picturesque glacial valley. The town sits at sea level, but is surrounded by 7000-foot snow-capped mountains.

The locals say, “It’s a thousand miles north of worry.” That describes this peaceful little community well, but not accurately. Skagway is actually 1,800 miles north of Seattle, and 800 miles south of Anchorage.

Most of the other gold-centric towns of Alaska have disappeared, but Skagway’s natural beauty, virtually night-less summer and mild year round weather (for Alaska), as well as its proximity to the sea made it a particularly nice place to settle – and many did. 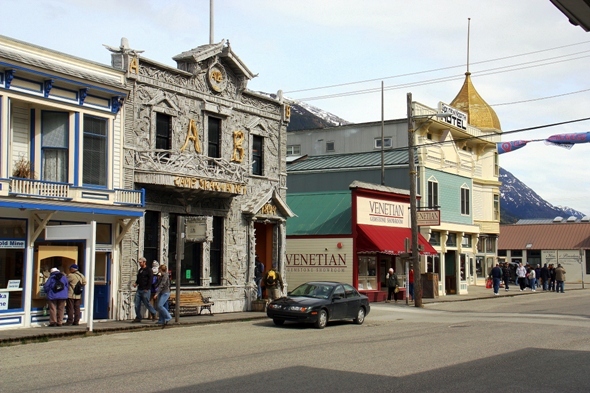 Things to do in Skagway

Like other ports along the Inland Passage, Skagway has a plethora of organized tours and activities for visitors.

One unique attraction is a railroad adventure where you can experience panoramic views of the local mountains, glaciers, gorges, waterfalls, tunnels and trestles … 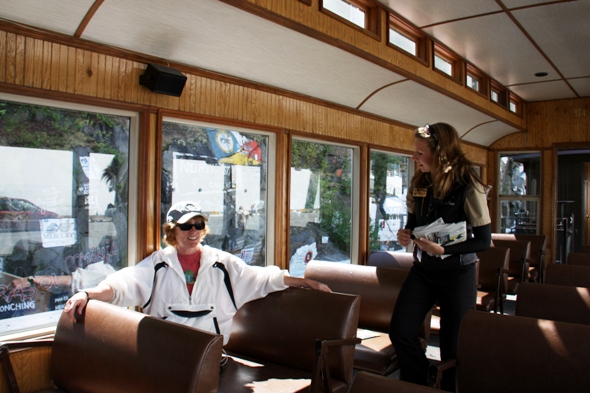 all from the comfort of a vintage parlor car.

Among the many other things to do, are horseback riding, dog sledding, river adventures, and helicopter glacier flights. 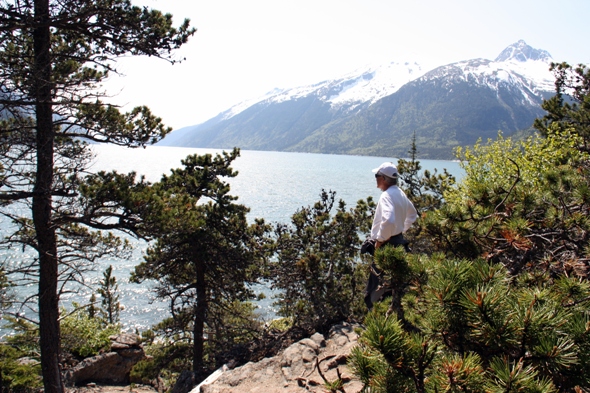 If you prefer something with a little exercise, you can get away from the crowd by taking a half-mile hike to Smugglers Cove, a rocky outcropping along the water’s edge. 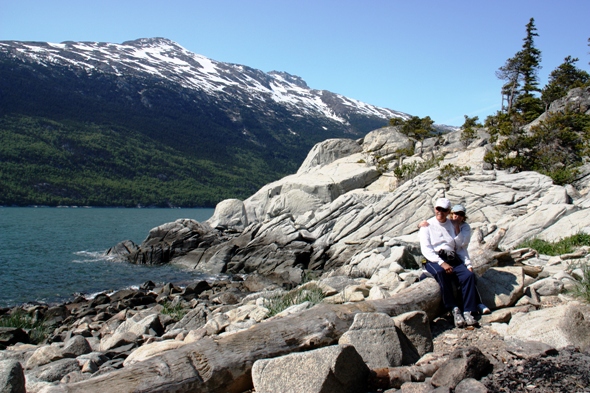 The cove is situated in a local park that offers breathtaking views of the expansive sea channel and surrounding mountains, and it’s just minutes from downtown Skagway. The park is quiet and serene, and a great place to watch passing sea lions and local waterfowl.

The park is not on the tourist maps, but ask any resident to point out the walking bridge across the river. Turn left and follow the signs to Smugglers Cove. 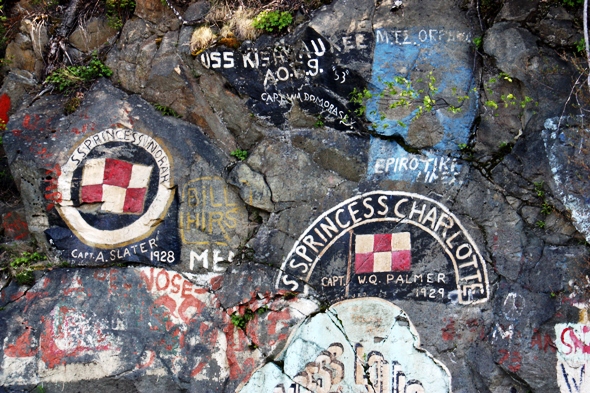 The rocky cliff near the city dock is festooned with graffiti painted by cruise ship employees, mostly naming and honoring the various captains of the many ships that have sailed into Skagway Harbor over the years. 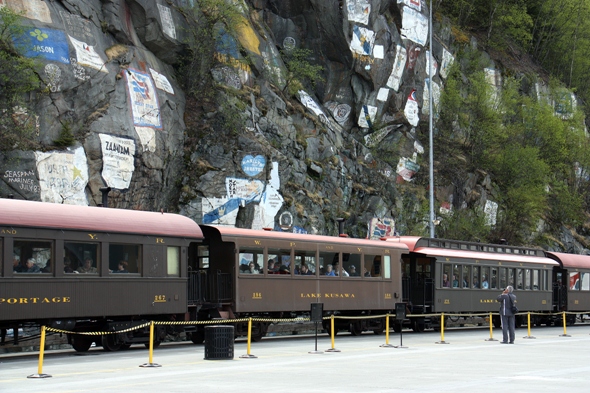 A train conductor at the Skagway Depot told us, “The graffiti rock painting is a tradition that dates back to the early 1900s when train employees predated the cruise taggers in honoring the names of locomotive engineers of the time.”

but some hardy adventurers prefer to drive.

Skagway is the farthest north stop in the Inside Passage on the Alaska Marine Highway. 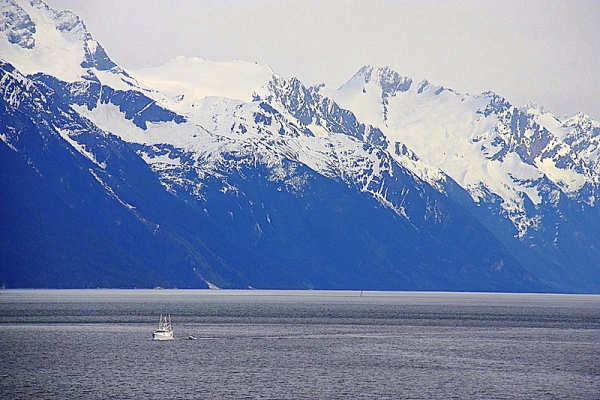 There is an impressive network of ferries and ships that is not very well know to the residents of the lower 48 states, but it plays a major role in connecting the remote communities along the many waterways of Alaska’s Inside Passage.

For more information about Skagway, check out “Things to Do.”

We have been privileged to visit Alaska on Carnival, Princess, and Holland America cruise ships. We can recommend all of them for excellent Alaska itineraries.

Whenever we travel, we are protected by Allianz Global Assist travel insurance.