One of our most beloved cities in all the world is beautiful and fascinating Rome, Italy. Join us on a brief pictorial excursion to the Roman Forum, a site within the larger city that is arguably the birthplace of modern civilization. There is much to see and learn in the Forum, and here is what we discovered. 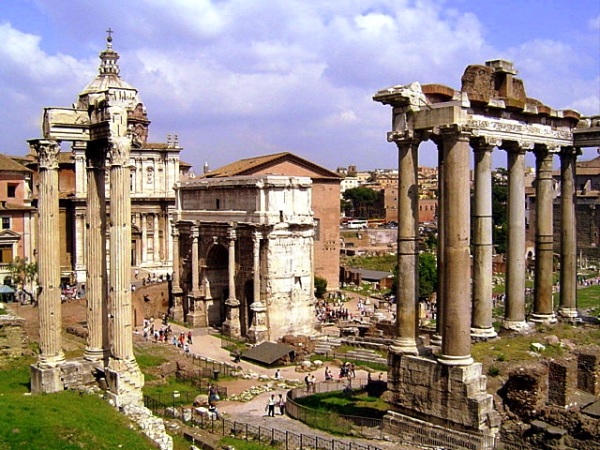 When you enter the Forum complex, you will be standing near the apex of extraordinary history. 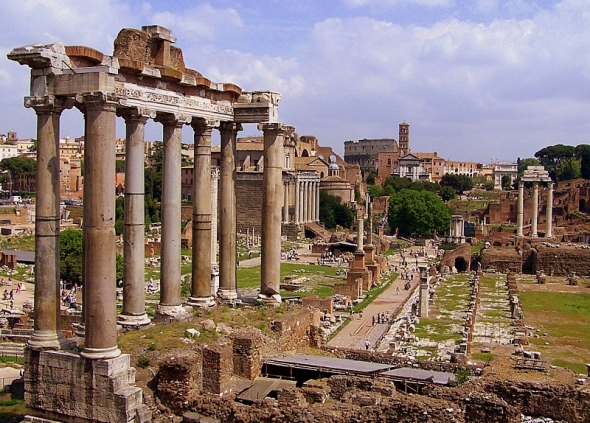 The enduring columns and marble blocks in the Roman Forum have stood like dutiful sentinels for over 2,000 years. They are haunting relics of victory arches and memorials commemorating​ military campaigns. All are dedicated to centuries of triumphant heroes – Gods – and eloquent Roman statesmen.

In the 6th century BC, the central site of the Forum was a busy marketplace frequented by the 100,000 citizens of Rome. 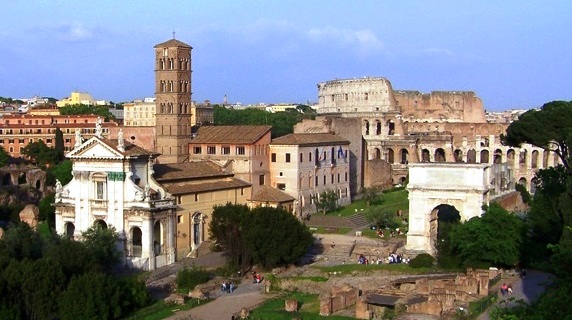 Over time, the Patricians added temples, and with the growth of the Republic, government buildings eventually covered the hilly landscape that backs up to the famous Coliseum.

During the Golden Age of Rome, the Forum’s open spaces were impressive. The streets were paved with marble, and imposing statues dominated every public square.

The civic buildings were designed and constructed to last a thousand years. Under different historical circumstances, these massive stone edifices adorned in gold and bronze, would certainly have exceeded their builders expectations.

As within the Pantheon, the interiors of the Forum buildings were equal in elegance to the facades.  Long naves lined with colorful marble pillars ornamented in gold led to vast halls of enormous dimension.

The monuments and skeletal remains of the Forum have survived centuries of wars, conquests, natural disasters, and ruinous plagues. They have stood silent witness to the advent of a great democracy, a world religion – and ultimately the fall of the mighty Roman Empire.

When in Rome, be sure to have the Forum ruins on your tour list. Maps that provide pictorial images of what the structures looked like in the glory days are well worth the purchase price. With map in hand, walk the wide thoroughfares, and imagine the splendor of two thousand years past.

Visualize the Apostles Peter and Paul preaching on the steps of the Curia Julia in 59 AD – and the Emperor Nero watching the conflagration of the grand temples in 64 AD. 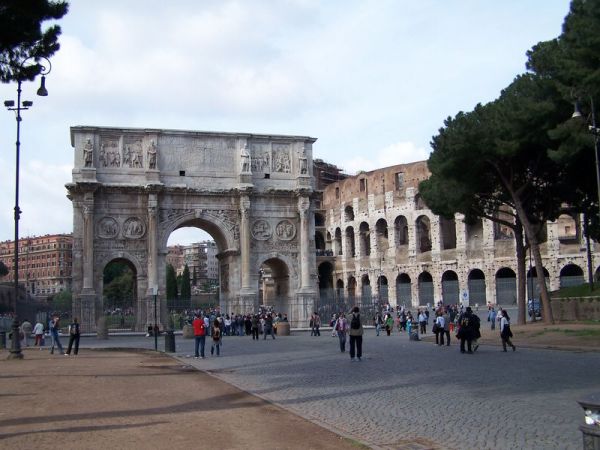 This is where Julius Caesar was assassinated at the Porticus Pompei in 44 BC, and where Napoleon’s campfires cast shadows on the Arch of Titus in 1798 – the Arch is a commemoration of the Roman capture of Jerusalem in 70 AD.

Just to the west of three gigantic columns, explore for the Temple of Vesta. Mussolini and Hitler posed for a photo in front of the temple in 1938.

The history goes on and on – and on.

Today, millions of vacationers from all corners of the globe walk the Forum and wonder how a nation that could create such grandeur could have faltered and completely lost its way.

Whenever we travel, we are protected by Allianz Travel travel insurance.